20TH-CENTURY DRESS IN THE UNITED STATES 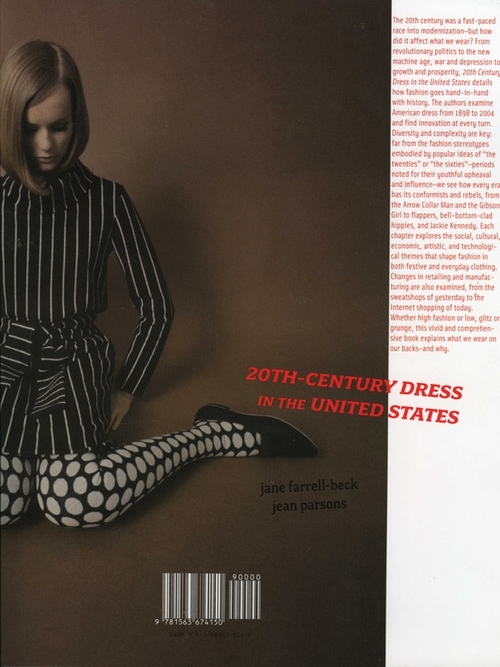 Please note that exam/inspection copies and instructor resources are only available to instructors and faculty staff at recognized institutions.

What's in the book

The 20th Century was a fast-paced race into modernization—but how did it affect what we wear? From revolutionary politics to the new machine age, from war and depression to growth and prosperity, 20th-Century Dress in the United States shows how fashion goes hand-in-hand with history. The authors examine American dress from 1898 to 2004 and find innovation at every turn. Diversity and complexity are key: far from the fashion stereotypes embodied by popular ideas of "the Twenties" or "the Sixties"—periods noted for their youthful upheaval and influence—we see how every era has its conformists and rebels, from the Arrow Collar Man and the Gibson Girl to flappers, bell-bottom-clad hippies, and Jackie Kennedy. Each chapter explores the social, cultural, economic, artistic, and technological themes that shape fashion in both festive and everyday clothing. Changes in retailing and manufacturing are also examined, from the sweatshops of yesterday to the Internet shopping of today. From high fashion to low, glitz to grunge, this vivid and comprehensive book explains what we wear on our backs—and why.